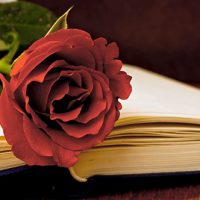 In loving memory of Lennard Stump who went home to be with his Lord and Savior on October 22, 2016.

Lennard worked for many years in timber and sawmills. He was a Baptist by faith.

He is survived by four brothers and five sisters, Rosco Stump of Petersburg, WV, Russell Stump (Betty) of Exchange, Ruth Given (Herman) of Gassaway, Anna May Carpenter (James) of Chapel, Bessie Heater (Donald) of Burnsville, Odie Jenkins (Charley) of Chapel, Henry B. Stump (Theresa) of Clarksburg, Rachel Pauline Stump of Flatwoods and Charles E. Stump (Diane) of Wilsie; many nieces and nephews and great nieces and nephews.

He liked to hunt, fish, and just ride around looking at deer. He also enjoyed helping people. He really loved little children, even though he never married or had any children of his own.

He will be sadly missed by his family.

Service will be 11 a.m. Wednesday, October 26, 2016 at Richard M. Roach Funeral Home, Gassaway with the Rev. Scott Raynor officiating. Burial will be in the Piper Cemetery.

Visitation will from 6 to 9 p.m. Tuesday at the funeral home.

Condolences may be extended to the family at www.roachfuneralhome.com.