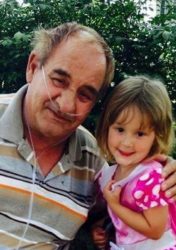 He was born August 14, 1949 in Gassaway to the late Coy Short and Ruth Elmore Short.

Carl was preceded in death by his daughter, Carla Kay Mercado.

He was a concrete finisher in the construction industry.  He loved to hunt, fish and ride four wheelers.  He enjoyed spending time in person and on the phone with his many friends.  Carl loved his grandchildren and his great grandchildren.  He was a fun loving guy with a great sense of humor who had a good life.  He was generous and wore his heart on his sleeve.  He was a Christian by faith.